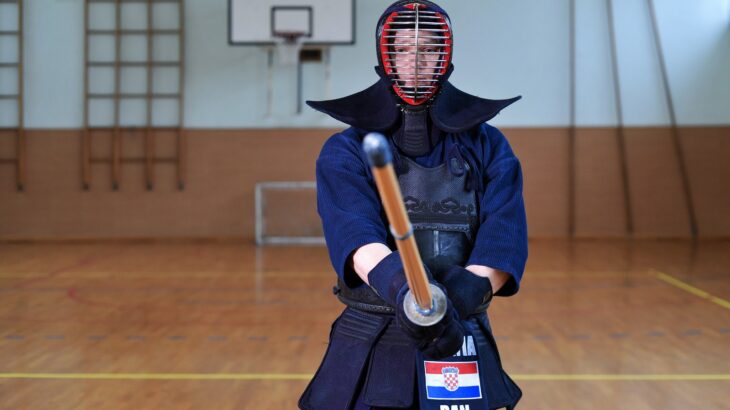 How old were you when you started kendo and why did you start?

I started doing kendo when I was nine. Before kendo, I did various sports since the age of five, such as gymnastics and swimming, and I played handball all through elementary school. I wasn’t really interested in martial arts, nor did I have any contact with Japanese culture. At the time, I didn’t have internet access, and I never saw kendo in the media either. Then, one day, my father read an article about the Croatian kendo club Agatsu, which was just starting to become active in my hometown of Zagreb (Croatia’s capital city). For some reason, my father was impressed by the article, and he suggested that we go and see what this “kendo” is all about, thinking that I might like it. And so, I stepped into that old downtown boxing gym for the first time and saw what kendoka looked, sounded and smelled like. I remember being most impressed by how the equipment looked; that was enough for me to come to the next practice and try out kendo myself. The atmosphere that filled the dojo, the focus of reiho which was a part of every activity, as well as the enthusiasm and passion of all the participants was something I had never experienced before. The concept of discipline was something completely unfamiliar to me as a child, but at the kendo practices discipline seemed perfectly natural and appropriate. Kiai, the sounds of shinai clashing… A list of all the ways that kendo surprised and amazed me would be a long one. In a nutshell, kendo as a whole deeply affected me in a way that words can hardly describe. It was as if I was simply destined to start practicing kendo.

What are you proud of in kendo?

I’m proudest of the Croatian Kendo Association, which was developed from the ground up by people who were willing to give up a lot for something that they have a lot of love and enthusiasm for. Our path was difficult; we had to travel around Europe and the world to find the knowledge necessary to develop our kendo. We all put so much energy, time, effort and money into kendo, not to mention our family lives. I’m proud of the fact that we live in a country of only 4 million people, of which only about a hundred are kendoka, and, despite such a small number, we have an active and competitive national team. In the 2018 Kendo World Championship, I ranked in the top 16 in the individual category, and was awarded the Fighting Spirit. I’m also proud of my club colleague Tomislav Pandurić, who won the Fighting Spirit in the European Championship in Skopje in 2016, and again in Budapest in 2017, where he also ranked in the top eight competitors in Europe. I have won medals and awards in many open competitions and tournaments across Europe. I have also won first place in the Croatian State Tournament seven times.

My goal is to maintain my physical health so that I can continue to practice kendo for as long as possible. I also want to develop the Croatian Kendo Association and the Agatsu kendo club, which I’ve been a part of since the very start of Croatian kendo.

Do you have any kenshi whom you look up to as your goal (target) and why?

When I was just starting to practice kendo, I was a fan of Miyazaki Masahiro（宮崎正裕）sensei. There isn’t a single fight of his that I haven’t watched. I spent so many hours studying his kendo. He is known for his men ipon and his speed. Of course that aspect of his kendo is astonishing, but that’s only the surface level of his genius. Watching his fights from the first second and following his every move until the very conclusion is an inexhaustible source of kendo knowledge. Every time I rewatch his fights I notice something new. I think that translating my understanding of kendo into words to describe what fascinates me about Masahiro Miyazaki’s kendo wouldn’t do any good. Every aspect of his kendo is something I can’t stop admiring, but I also think that everyone should find their own kendo path without imitating someone else. Instead, one should use the inspiration drawn from great kendoka to get a good grasp of the fundamentals of kendo and, by doing so, create the potential to express one’s own kendo.

A more detailed interview can be found in the May 2021 issue of Kendo Nippon!